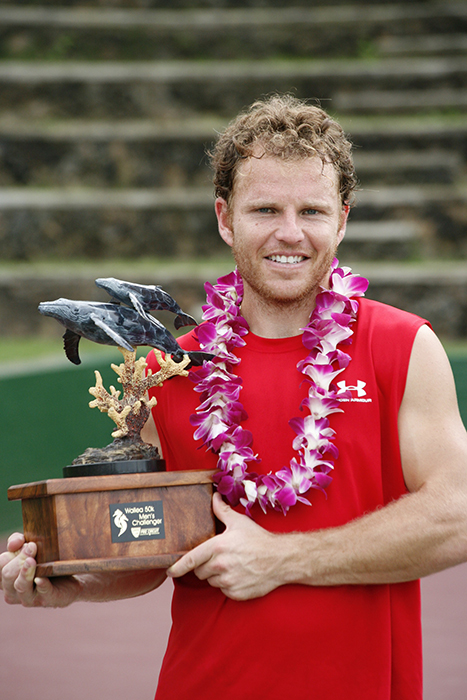 Michael grew up in Bloomfield Hills, Michigan and attended a private high school, where he even played high school tennis including winning the State Championships. Growing up, Michael was fortunate to be able to practice with several ATP Professionals and his father, a tennis club owner and coach, which helped in his development.  After winning the USTA Boy’s 16 Nationals in Singles and Doubles in Kalamazoo, Michigan, Michael achieved the year end #1 Ranking in Singles and Doubles.  Weighing the options to turn professional or attend a university, he committed to play at the University of Miami, Florida on a full scholarship, after turning down several offers to play at Ivy League Schools. At the time Michael finished his freshman year with the best single season singles record of any player in University of Miami history, including winning the Rolex National Indoor Championships and being named Rolex National Rookie of the Year.  Michael turned

professional in 1998, and after two and half years on tour he broke into the top 100 in the world after reaching the fourth round of the French Open. Throughout his 17 year career, he overcame three career threatening knee surgeries, a torn labrum and rotator cuff, a broken arm, a bulging disc, pulmonary blood clots,  multiple ankle sprains, and numerous muscle strains.   Most athletes would have walked away from the sport with all of the adversity faced, however Michael’s perseverance and determination is unmatched by most.  He played in 34 Main Draw Singles Grand Slams, 115 Main Draw ATP Singles Events, he holds the all-time record for Men’s USTA Singles Circuit Titles, and is on the top 10 List of Most ATP Singles Challenger Titles. He defeated many players in the ATP World Tour top 10 Rankings including Tomas Berdych, Juan Martin del Potro, Marin Cilic, Grigor Dimitrov, Mardy Fish, James Blake, and Lleyton Hewitt. Michael played against numerous ATP World Ranked #1’s (Roger Federer, Rafael Nadal, Andy Roddick, Lleyton Hewitt, Marcelo Rios, Gustavo Kuerten) and competed on the Stadium Court at all four Grand Slams including Night Match at both the US Open and Australian Open as well as opening the Wimbledon Championships. Michael currently resides in Houston, Texas with his wife, Lilly.